ILYA SOMIN is Professor of Law at George Mason University. His research focuses on constitutional law, property law, democratic theory, federalism, and migration rights.  He is the author of Free to Move: Foot Voting, Migration, and Political Freedom (Oxford University Press, 2020, revised and expanded edition, 2021), Democracy and Political Ignorance: Why Smaller Government is Smarter (Stanford University Press, revised and expanded second edition, 2016), and The Grasping Hand: Kelo v. City of New London and the Limits of Eminent Domain (University of Chicago Press, 2015, rev. paperback ed., 2016), coauthor of A Conspiracy Against Obamacare: The Volokh Conspiracy and the Health Care Case (Palgrave Macmillan, 2013), and co-editor of Eminent Domain: A Comparative Perspective (Cambridge University Press, 2017).  Democracy and Political Ignorance has been translated into Italian and Japanese.

Somin’s writings have been cited in decisions by the United States Supreme Court, multiple state supreme courts and lower federal courts, and the Supreme Court of Israel. He has testified on the use of drones for targeted killing in the War on Terror before the US Senate Judiciary Subcommittee on the Constitution, Civil Rights, and Human Rights. In 2009, he testified on property rights issues at the United States Senate Judiciary Committee confirmation hearings for Supreme Court Justice Sonia Sotomayor. Somin writes regularly for the popular Volokh Conspiracy law and politics blog, now affiliated with Reason magazine (previously affiliated with the Washington Post from 2014 to 2017). From 2006 to 2013, he served as Co-Editor of the Supreme Court Economic Review, one of the country’s top-rated law and economics journals. 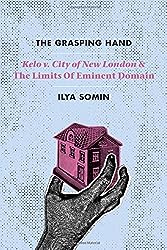 The Grasping Hand: Kelo v. City of New London and the Limits of Eminent Domain 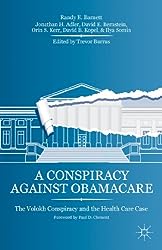 A Conspiracy Against Obamacare: The Volokh Conspiracy and the Health Care Case 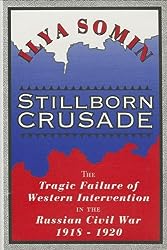 Stillborn Crusade: The Tragic Failure of Western Intervention in the Russian Civil War, 1918-20